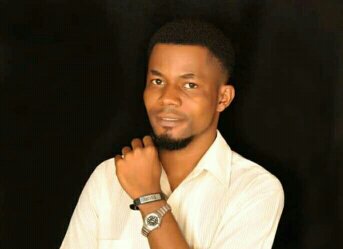 From a Christian family and the 5th child of 7.

Am a gospel recording artist and a nollywood actor.

I started singing at a very tender age of 10 at my local church then at the Presbyterian church Nigeria ijeshatedo parish. Due to my love for music I formed a popular band at the parish called ” the united brothers in 2007. The band consisted of 5 males including myself.

Through the help of GOD the band became a household name and we performed at different occasions. The band was later disbanded and everyone moved on with their solo careers.

In 2009 I left the Presbyterian church and joined the redeemed Christian church of GOD where I joined the children’s department and later graduated to the teens church. Due to my endless love and passion for GOD and music, I joined the teens choir in rccg “city of refuge LP 45 zone 2 headquarters in aguda surulere lagos.

After a year in the teens church I then went on the become the choir leader, parish, area and zonal teens president . therefore representing my parish and zone in different occasions and events across the province. Rccg nurtured me and brought out the best in me. I am now a household name and a very popular face in the music industry. Through the help of GOD I have ministered in numerous occasions and gospel concert across the country. In early 2021, I joined and co-founded a very popular gospel music ministry called the ” unlimited worshippers alongside popular gospel artist Ify Best Orjiugo .

On the 25th of September 2021 I announced that I will be releasing my first debut single titled “ABOVE ALL NAMES”. which I later went on to release on the 4th of October 2021. by the grace of GOD the song has gone on to become very popular and demanding across the country.

Asides music, I also love acting, and growing up I have always dreamt of being on the screen.

Due to my passion for acting, I joined my church drama group in the redeemed Christian church of GOD where I began my acting career.

The church drama group made my love and passion for acting grow even stronger. I was trained on stage management, how to speak and how to overcome stage fright.

After few months I joined the drama ministry, I started acting with them in different occasions and concerts.

In 2015 I featured in my first ever movie titled ” One man where I played a sub lead role alongside other actors.

I later went on to join Akotun theatre company of Niger popularly known as successful fingers in 2015 where I learnt theater and stage acting.

later in 2017 I started featuring in different comedy skits where I played lead roles and acted alongside african magic hustle series star John Joshua popular known as mc toothpick and as Rasak in the popular tv series “hustle.

In 2018 I featured in the movie ” taste of wealth produced by dofmi and directed by popular nollywood director Cliff Manuel Akoma. The movie also starred popular nollywood stars like Ebere Okaro, Adasam Juliet amongst others.

Till date I have featured in many nollywood cinema rated movies.